Last Friday, March 2, the 15th Mexican Congress of Aesthetic Medicine and Anti-Aging was held at the Pepsi Center in Mexico City. The delegation of IT Pharma Mexico collaborated as Platinum Sponsor of the congress, in addition to participating in the presentations of Dr. Pérez Díaz, regular collaborator of the group in Spain. 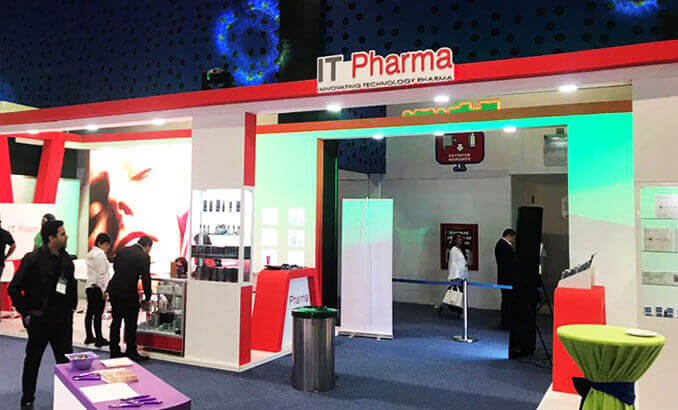 The Mexican branch of IT Pharma participated as the Platinum Sponsor for the event .

On Friday 2nd March, the 15th Mexican Aesthetic and Anti-Ageing Scientific Congress took place in the Pepsi Center in Mexico City. The Mexican branch of IT Pharma took part as the Platinum Sponsor for the congress, and also participated in the speeches by Dr Pérez Díaza regular collaborator of the group in Spain..

20 international and 11 Mexican speakers took the floor in the Congress, updating their professional colleagues with a programme acknowledged by the National Autonomous University of Mexico. 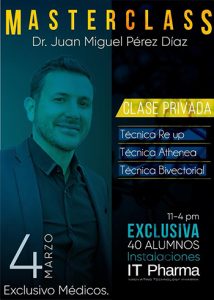 Dr Pérez Díaz, from the Pérez Díaz Clinic of Alicante, participated with two speeches about Athenea, Re Up and Bivectorial combined PDO Threading techniques with Hyaluronic acid using products such as Revofil, distributed in Mexico and Spain by the Navarran group.

In turn, the IT Pharma Mexico stand had a spectacular demonstration cubicle, where attendees could see the brand’s entire product range and their different uses.

Finally, on Sunday 4th March, a master class was given for a select group of professionals, led by Dr Pérez Díaz on the IT Pharma Mexico facilities, where training was given on the aforementioned techniques. Certificates were given to all those completing the course.

Once again, the synergies forged between IT Pharma and its Mexican colleagues produced yet another successful international collaboration, contributing to the on-going success of the professionals involved and the products they use.